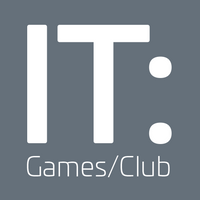 You'd think running would come naturally, when you're a kid you do it all the time and it seems easy, but then I suppose youth, flexibility and an abundance of energy to burn help a lot. Sedentary lifestyles and bad posture most definitly do not.

Over the last month I've been looking at my running technique, and to be honest, when I first started to analyze it, I realised it was shocking. My feet were all over the place, I dropped slightly on one side, my legs were definitely not raising up correctly and I was getting injury after injury. In my defence, I was satrting from being overweight and unhealthy, so expecting my body to start miraculously performing, like it used too, was never going to happen.

If I had to say there was one thing that my bootcamp training didn't cover, and maybe should, was running posture and technique. There's a lot of running involved in bootcamp training, mainly short sprints, but also some longer sessions, so it would have been handy to have been corrected. I guess I could also have asked :), but instead I went to the internet and started trawling through videos and articles. There is a lot of good stuff out there, a lot of technical information, a lot of long reads, but this blog post below gave, what I think, was most of the relevant information, quickly, concisely and in written and video form. The short videos by 'Running with Eric" were particularly good.

This is not to say it's been easy since I started working on this, it's not, it takes a lot of repetitive work to retrain your body's movement. At this point my running form has improved, mainly in the early phases of a tun, but it is still hard for me to maintain all the way through when fatigue starts to kick in or the mind stops focussing on the task. But as they say 'take baby steps' and you'll get there. Ultimately you shouldn't need to concentrate or think about how you run, it should be an engrained process. But for now I just remind myself I'm a work in progress.

IT Games Club is supported by a growing number of global IT companies, and aims to bring sport and fitness to the forefront of the IT industry. Challenging and motivating the industry to get fitter and healthier. If you are a senior IT professional who would like motivation and free entry into events around the world, then join up today, membership is free (and always will be). As we grow we will be opening up membership to a wider audience in the industry and across more sports and pastimes. www.itgames.club

If you want to be able to run for a length of time or just have it more enjoyable I strongly believe getting your form down will be the first focus. It has taken me a long time to get my body used to good form and I still work on it every run. If I am not careful my shoulders will slouch, I will heel strike, and my feet will go every which way but forward. Lesson is you will not fix your form overnight. It is an ongoing practice. Keep working at it and you will get there.

Forgive me, for it has been 3 weeks since I last ran or went to the gym...
IT Games Club

Make it yours... #3 - Hiking your way to fitness
IT Games Club

Oh what a wonderful thing sport is...
IT Games Club

The many health benefits of a daily walk
Vanessa Elliot

Practise what we preach....
Vanessa Elliot

We are looking for an active person to sponsor and help achieve their goals... could this be you?
Vanessa Elliot

For plans and pricing, please contact our sales team at sales@passle.net

Sorry, you don't have permission to repost or create posts.

Your repost is currently a draft. Review your repost and request approval.

Sorry - this is not an option. This post already exists in the Passle you have selected.

Try reposting to another Passle.